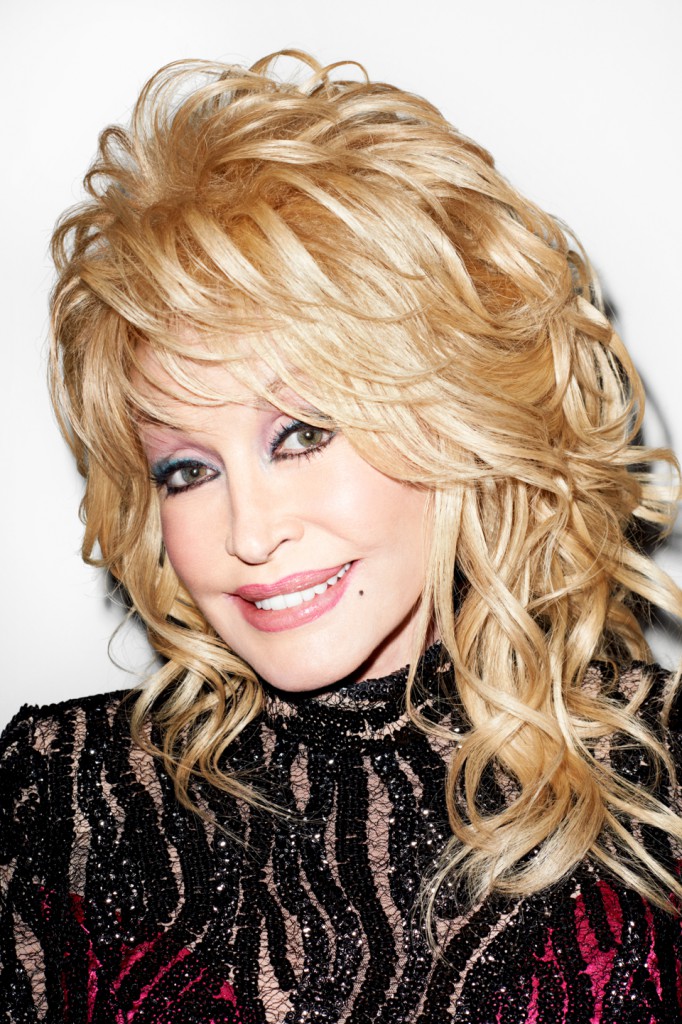 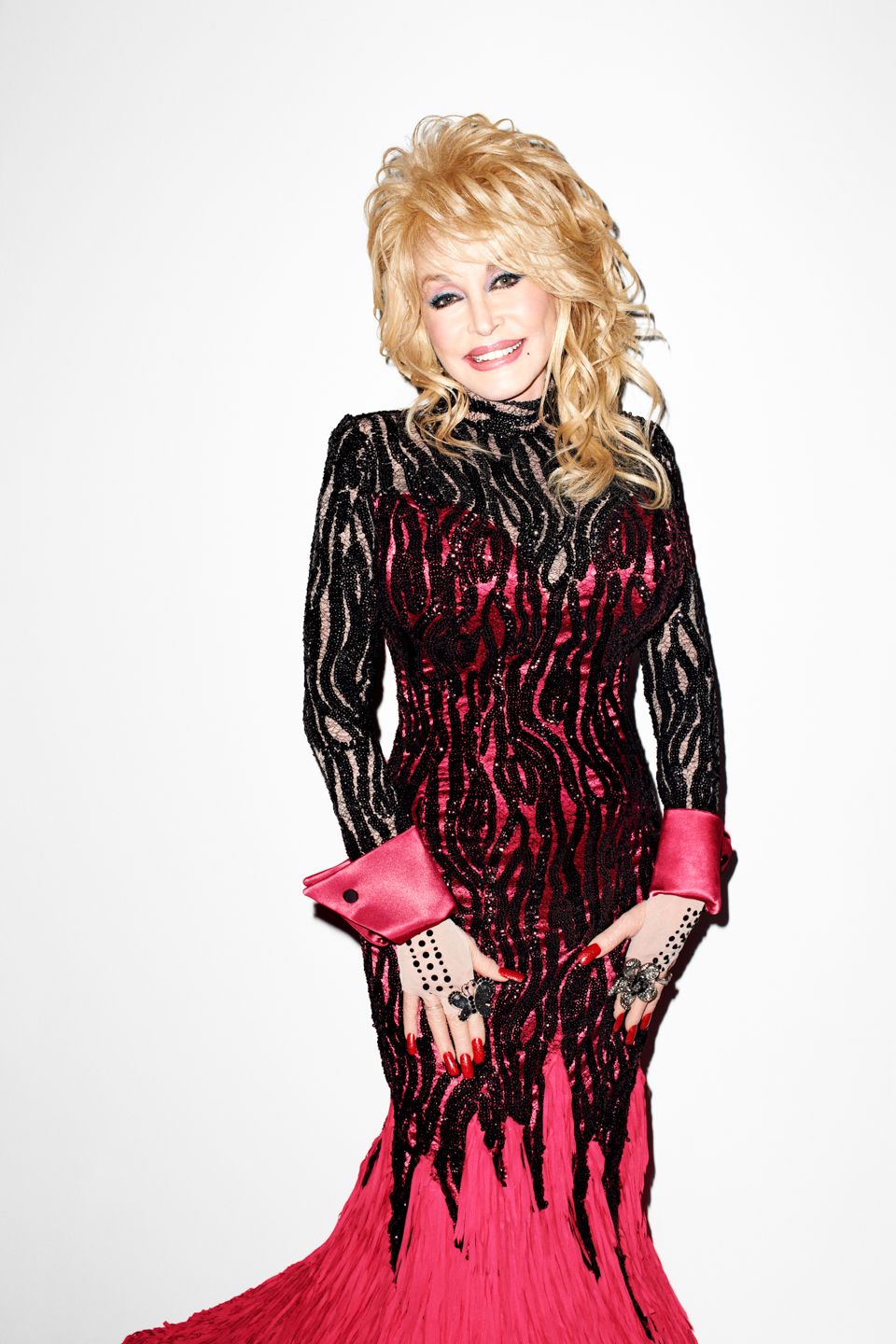 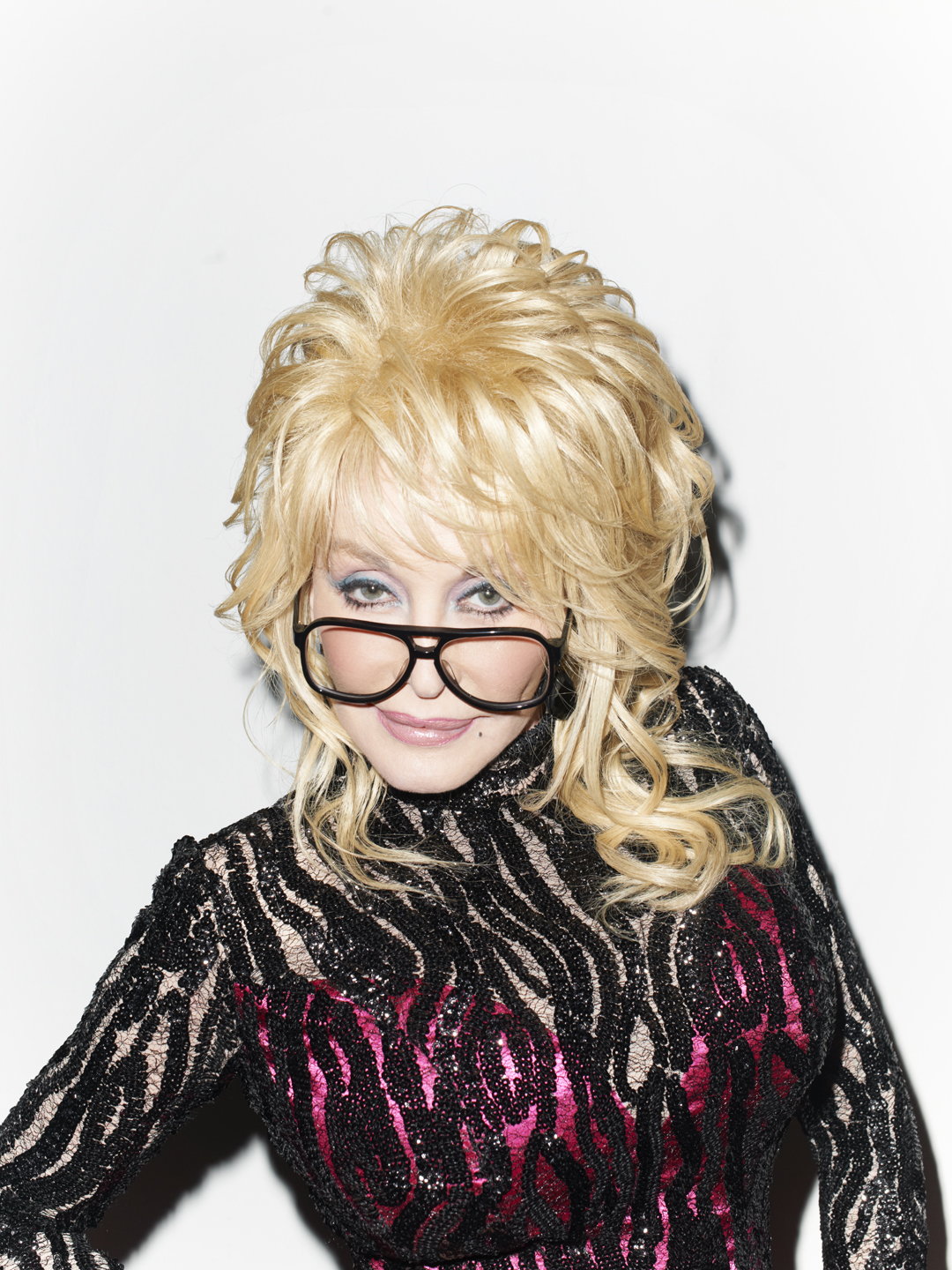 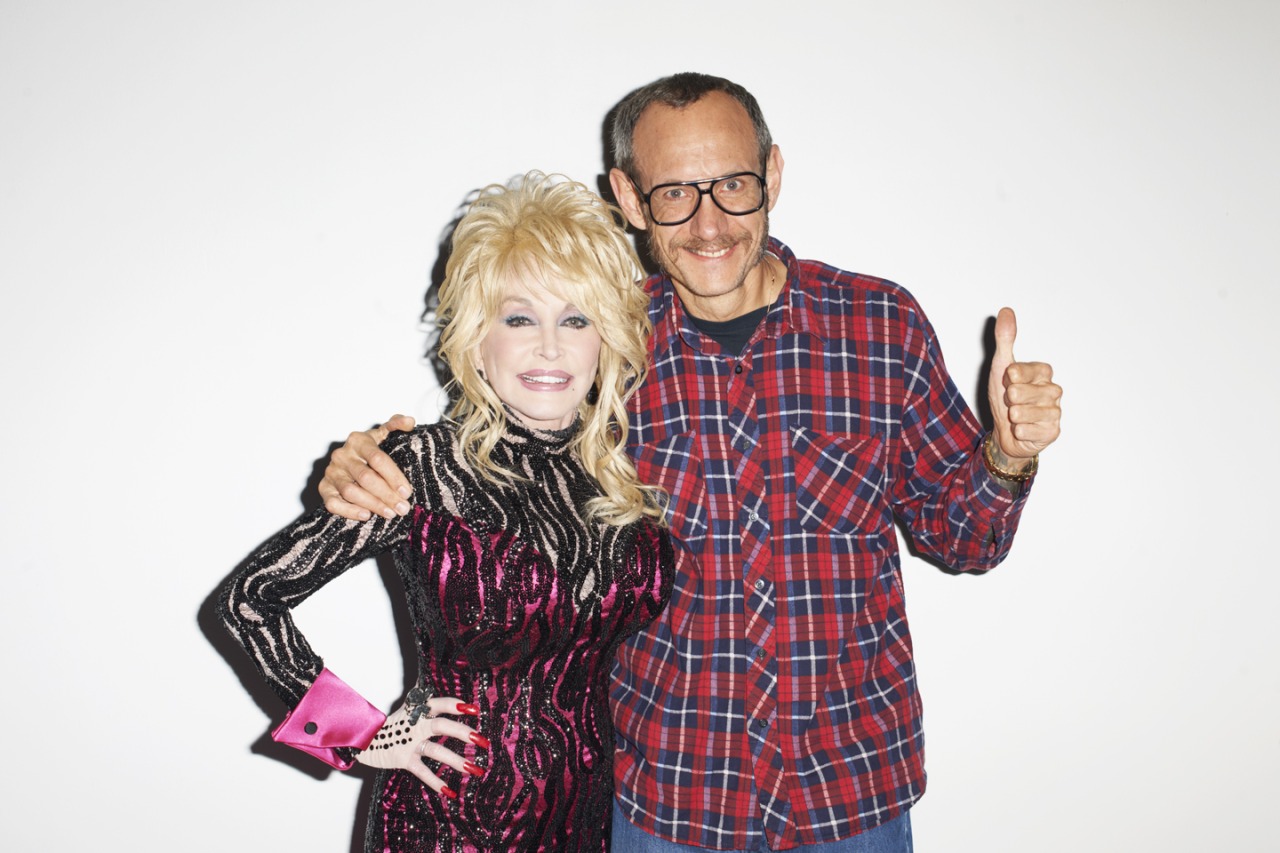 Terry Richardson posted these pics of Dolly Parton on his site that I assume he took for some kind of magazine, and they are in, what is now, the standard ‘Terry Richardson’ format. The photos were also being auctioned off for charity and people could bid on the prints, with all proceeds going to Dolly Parton’s Imagination Library, which promotes early childhood literacy. Dolly Parton is an iconic singer-songwriter, instrumentalist, actress, author, and philanthropist, best known for her work in country music and is the most honoured female country performer of all time. Achieving 25 RIAA certified gold, platinum, and multi-platinum awards, Dolly Parton has had 25 songs reach No. 1 on the Billboard Country charts, a record for a female artist, 41 career top 10 country albums, a record for any artist, and 110 career charted singles over the past 40 years. Terry Richardson is an iconic American fashion and portrait photographer who has shot advertising campaigns for Marc Jacobs, Aldo, Supreme, Sisley, Tom Ford, and Yves Saint Laurent among others. He has also done work for magazines such as Rolling Stone, GQ, Vogue, Vanity Fair, Harper’s Bazaar, i-D, and Vice and is renown for his portraits of a wide variety of models, fashionista’s, movie stars, celebrities and politicians. 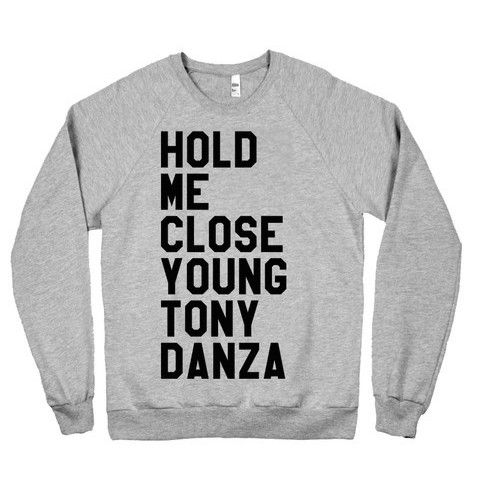 The lyrics Elton John should have sung! This Tony Danza sweatshirt with the infamous misheard lyrics is super comfy, cosy and sure to get some serious laughs. Unisex Fit, 90% Cotton / 10% Polyester and comes in a range of different sweatshirt sizes, this would make the perfect Christmas gift for that oddball friend or relo. Hey, if in doubt, splurge and spoil yourself – it’s a must-have! Apart of the cakeworthy collection, this sweatshirt is available for purchase directly from the Nylon shop. Happy shopping! 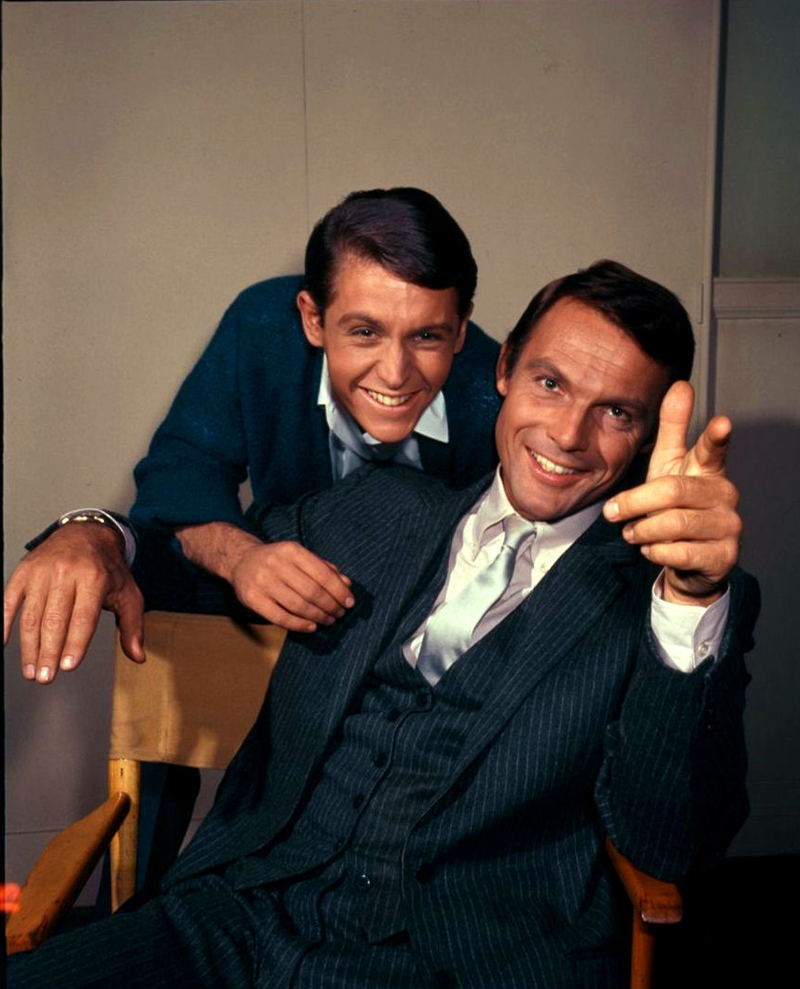 We love this random polaroid of Adam West and Burt Ward on-set while filming the TV series ‘Batman’ in 1966. ‘Batman’ was a 1960s American live action television series, based on the DC comic book character of the same name and starred Adam West as Batman and Burt Ward as Robin – two crime-fighting heroes who defend Gotham City. It aired on the ABC network for three seasons from January 12, 1966, to March 14, 1968 and is now a cult classic for its campy comedic take on the dynamic duo. ‘Batman’ was aired twice weekly for its first two seasons and weekly for the third, with a total of 120 episodes produced during its run. The program was known for its upbeat theme music and camp moral lessons, which included everything from championing the importance of using seat belts, doing homework, eating vegetables to drinking milk among children. Near the end of the third season, ratings for ‘Batman’ had dropped significantly, and ABC cancelled the show. Reruns of the series have been seen on a regular basis in the United States and much of the world since 1968, and are currently shown on the classic TV network. In November 2014, Warner Bros. released the full, 120 episode ‘Batman’ collection on Blu-ray and DVD with a variety of extras including a miniature Batmobile, a 32-page episode guide, and Adam West Scrapbook. ‘Batman’ is also available at the iTunes Store. 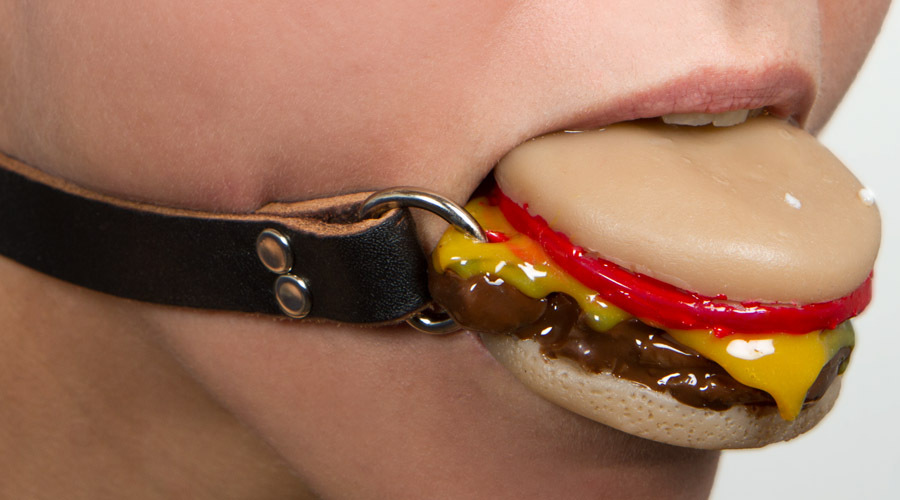 The perfect gift idea for those complaining relatives who just won’t shut up this Christmas!

Each Gorge Ohwell Silencing Slider is an artisan crafted censorship device that is ergonomically designed to comfortably plug even the loudest of burger holes. Made of soft and non-toxic natural food grade silicone rubber, the gag has no unpleasant plastic smells or odors.

Give the Gift that Keeps on Gagging.