And then there was ‘Banana Art’: So it would seem many artists are inspired by fruit these days including Dutch artist Stephan Brusche who continues to find creative ways of turning bananas into works of art via his new series of banana art entitled Banana Doodles. The artist first began by doodling directly onto the banana’s surface a few years back as a way of showcasing his creativity on Instagram. Since then, Brusche has incorporated the fruit’s shape and skin (through carving and peeling), continuing to find new ways to reimagine the same space over and over again. The 37-year-old graphic designer turns humble bananas into iconic characters such as Marilyn Monroe and Homer Simpson as well as animals and famous artworks and although the Dutch artist hadn’t expected his banana art to be so popular, positive feedback has lead him to release his very first book, Fruitdoodles, which documents his initial 50 banana art creations. He also has his own Fruitdoodle calendar with a different creation for each month of the year. Although Stephan has now found his banana art to be rather lucrative, the designer says that his famous fruit had very humble beginnings. ‘I took a ballpoint pen and just started drawing. I was pretty amazed how pleasant a banana peel is to draw on.’ Ba nah nah na indeed. 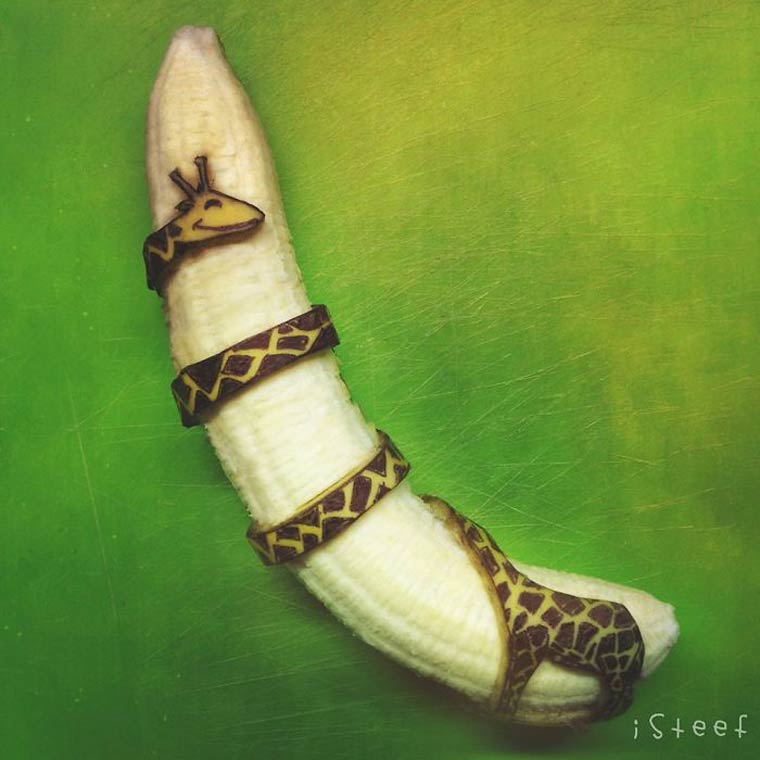 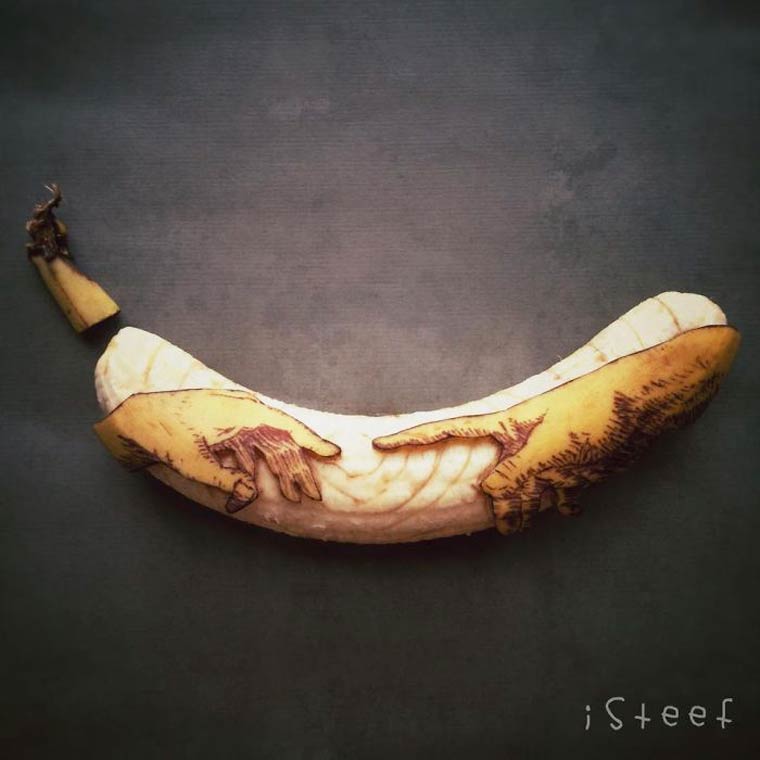 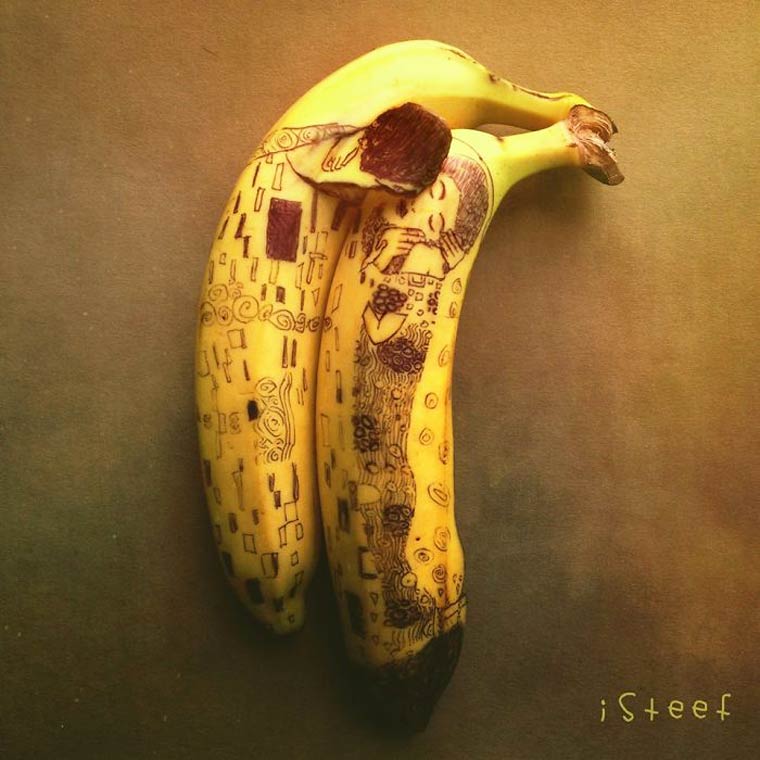 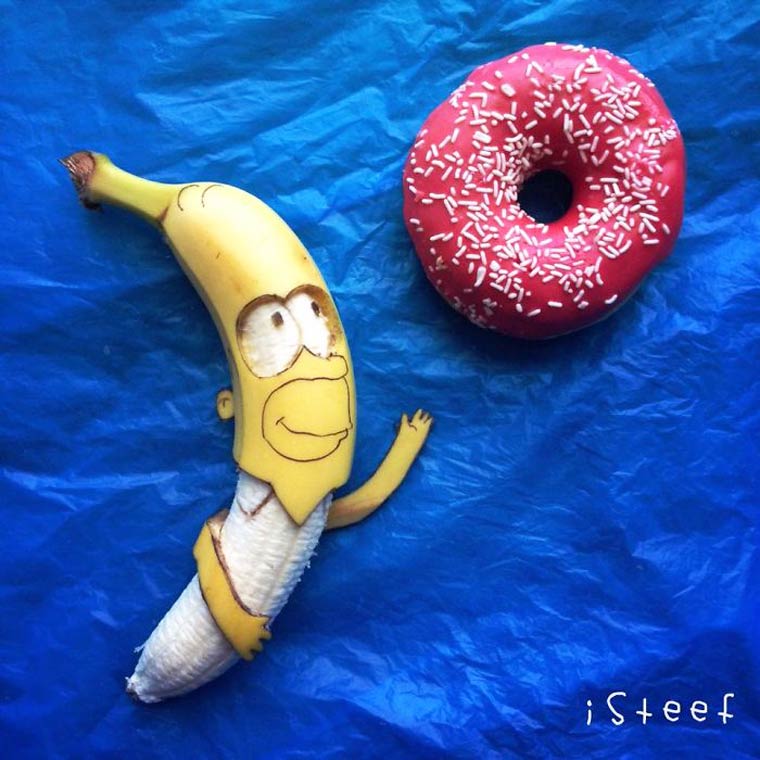 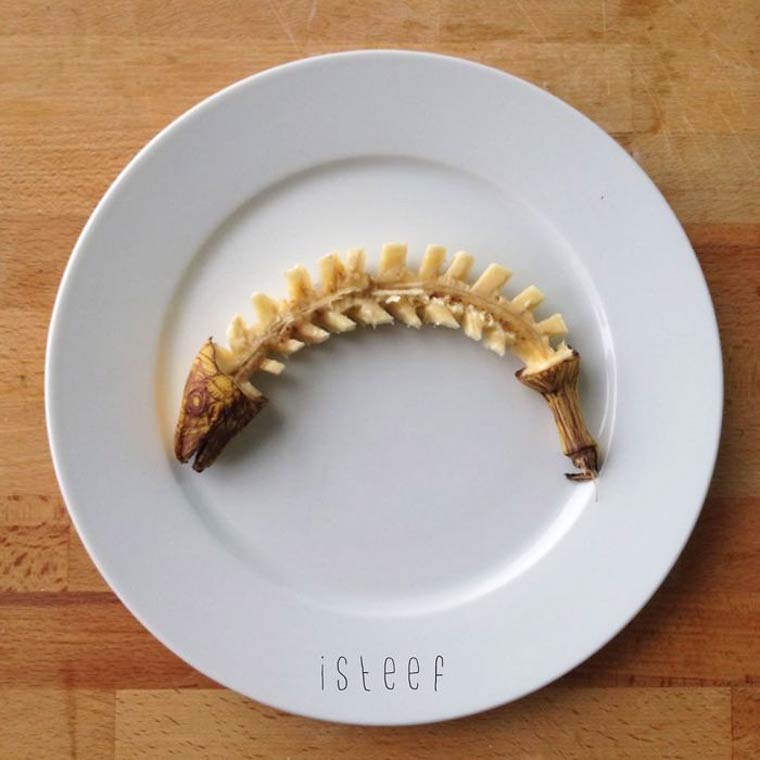 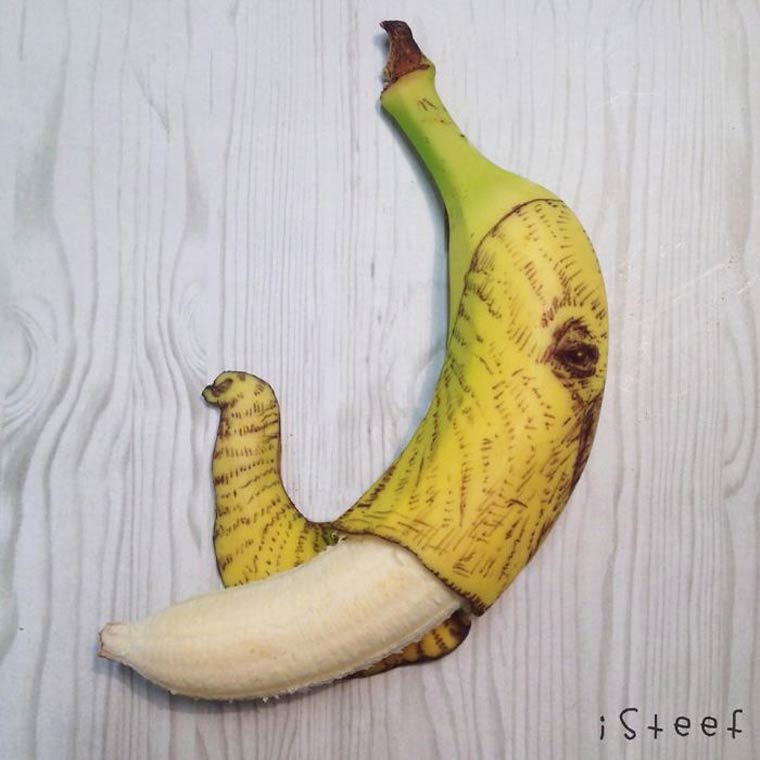 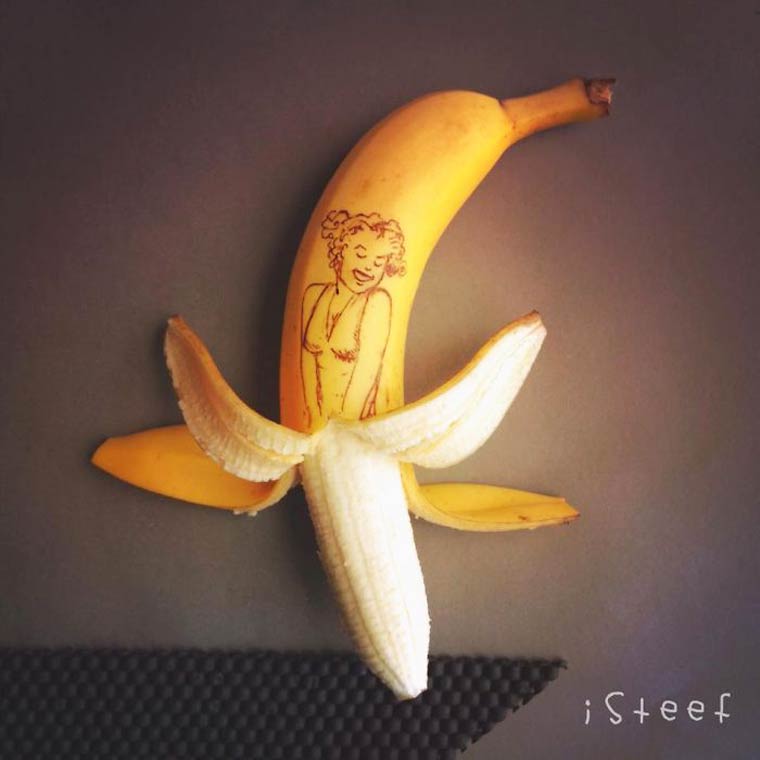 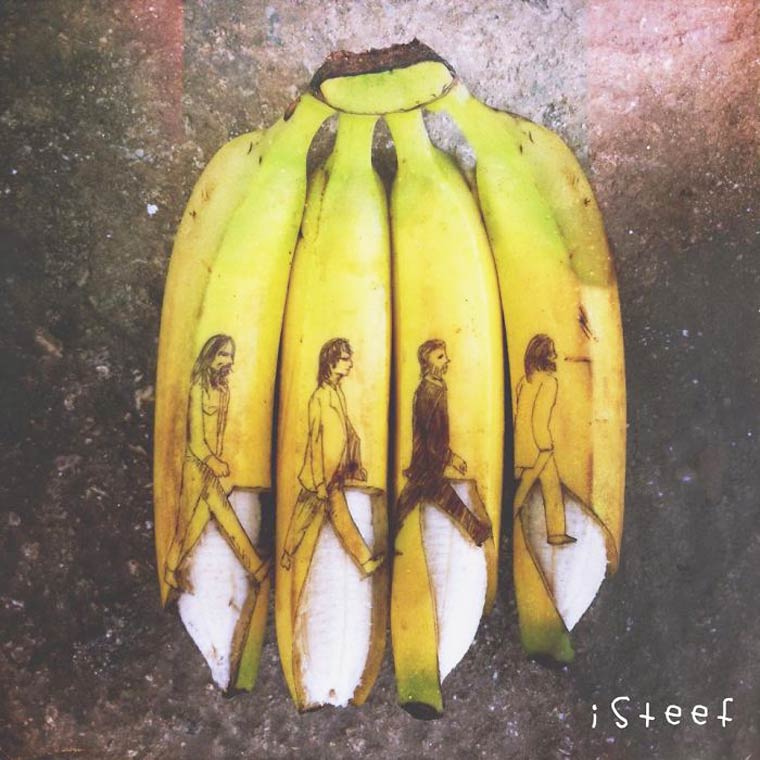 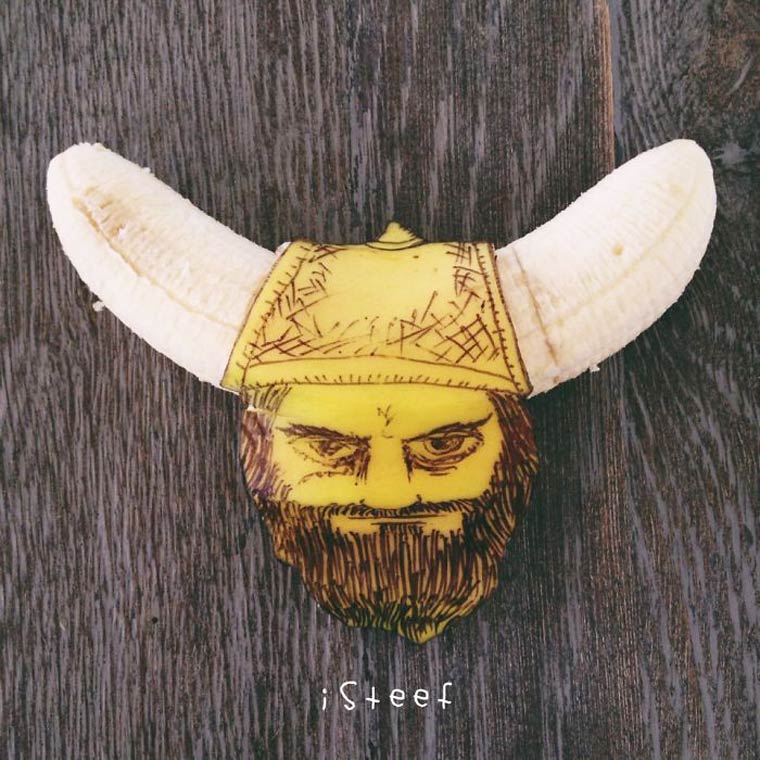 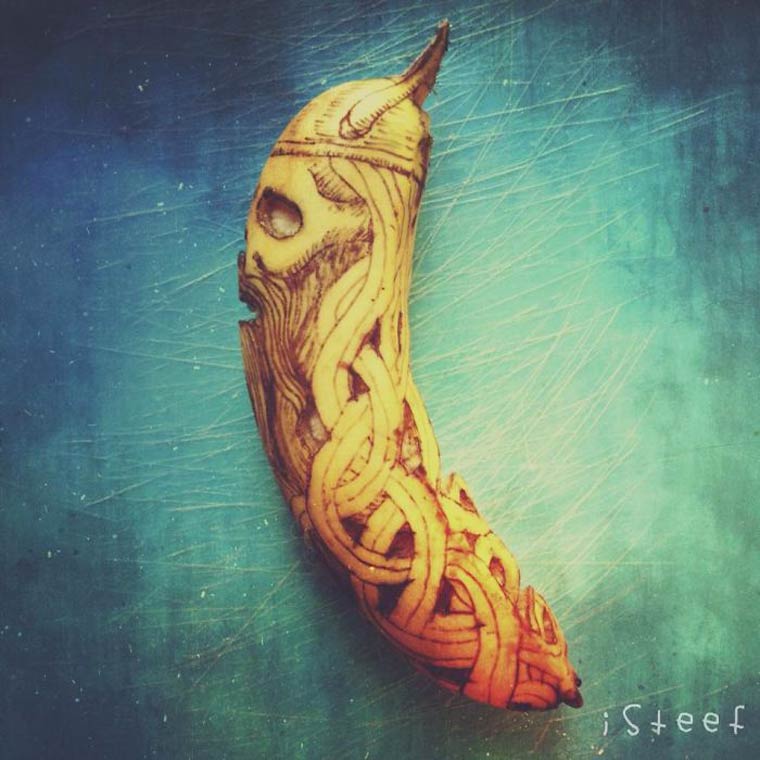 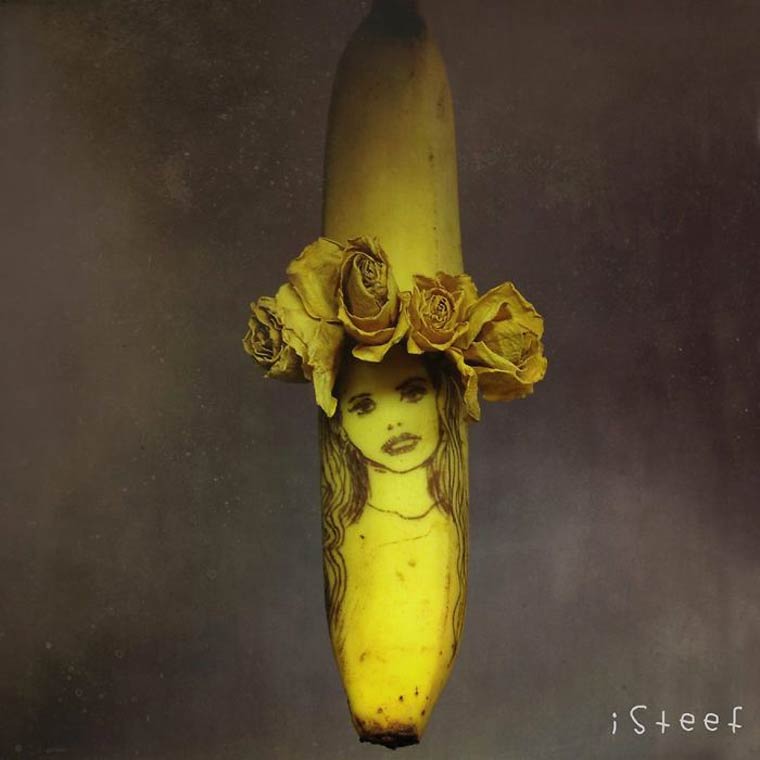 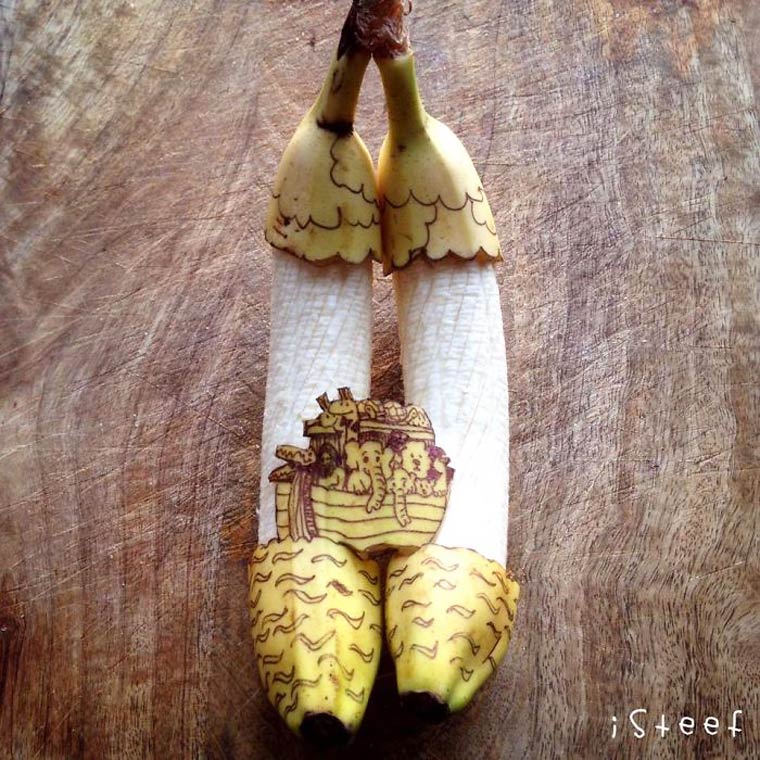 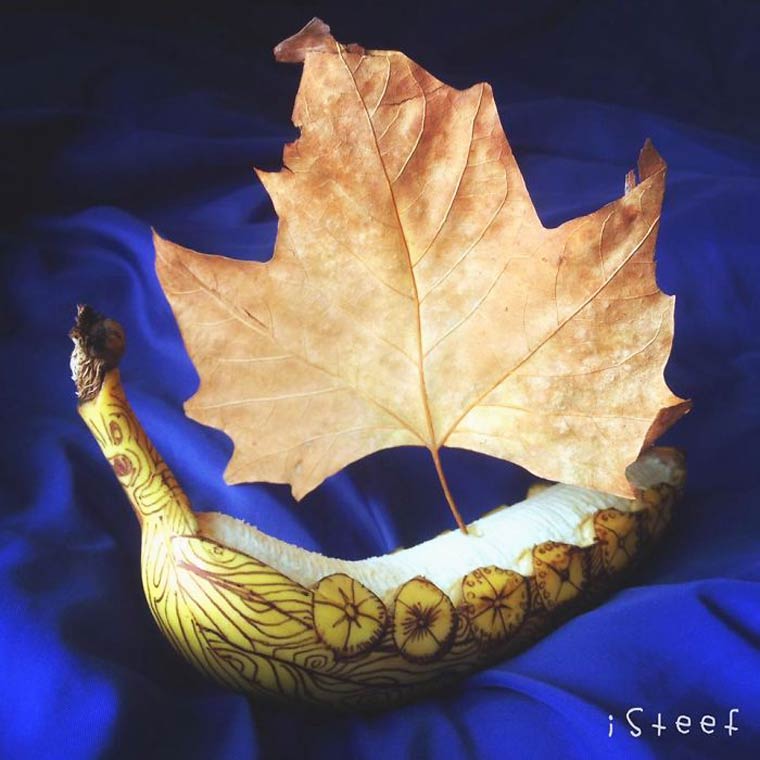 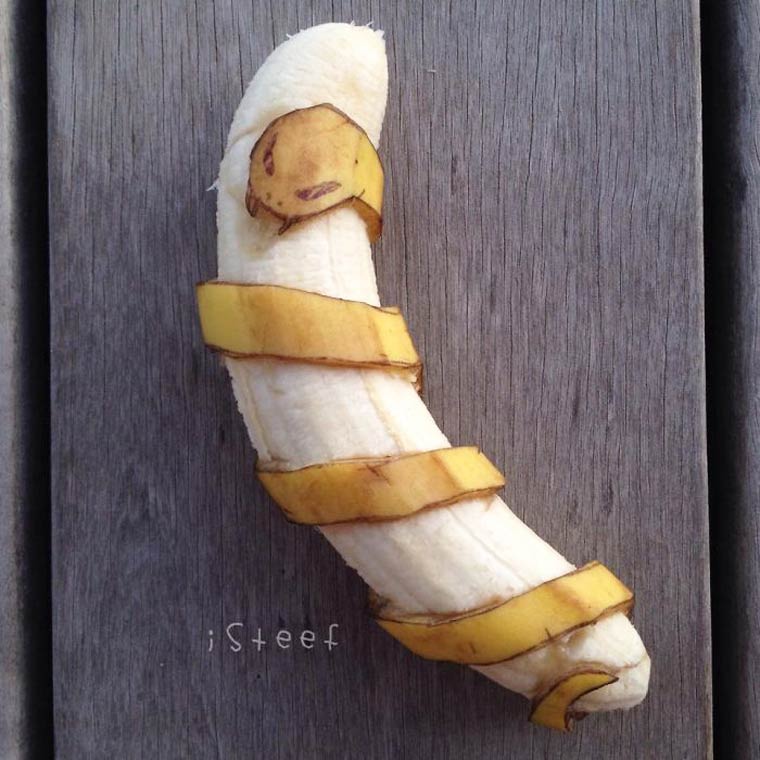 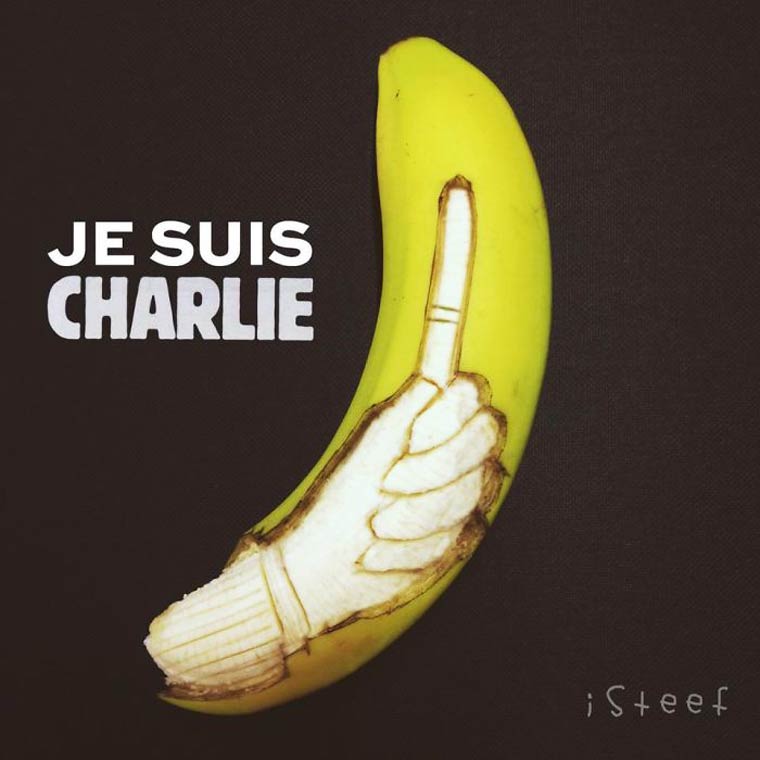 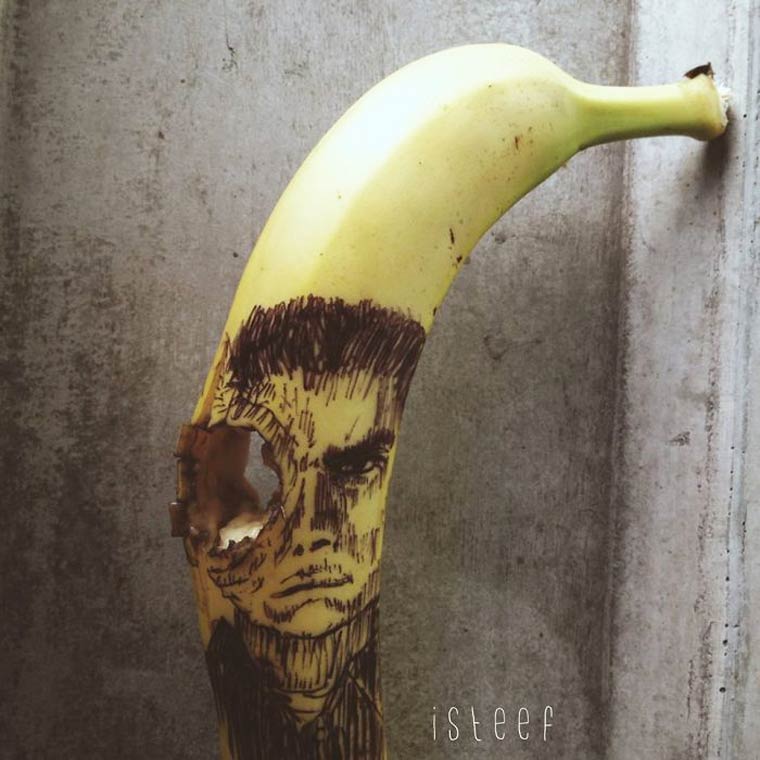 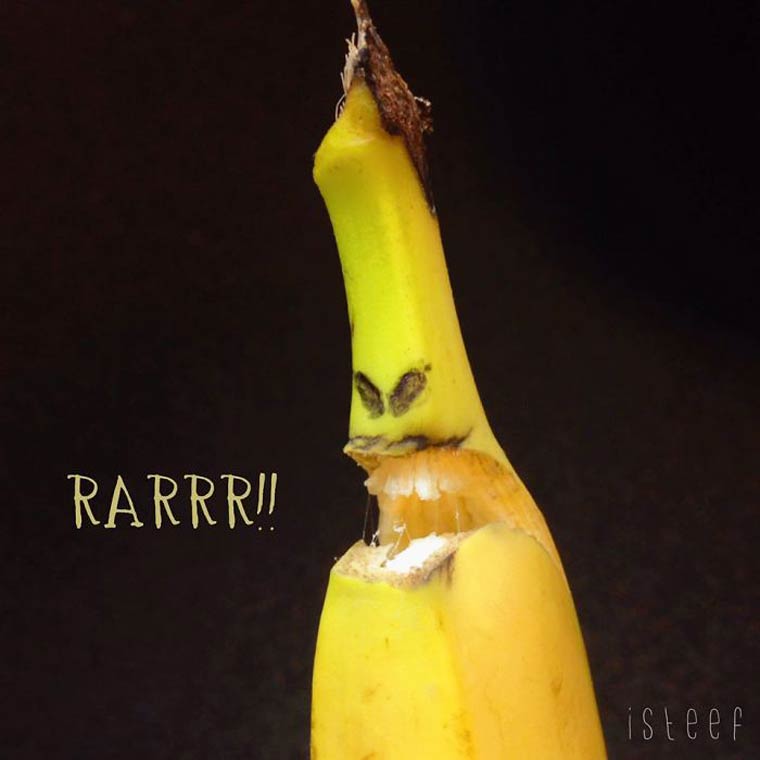 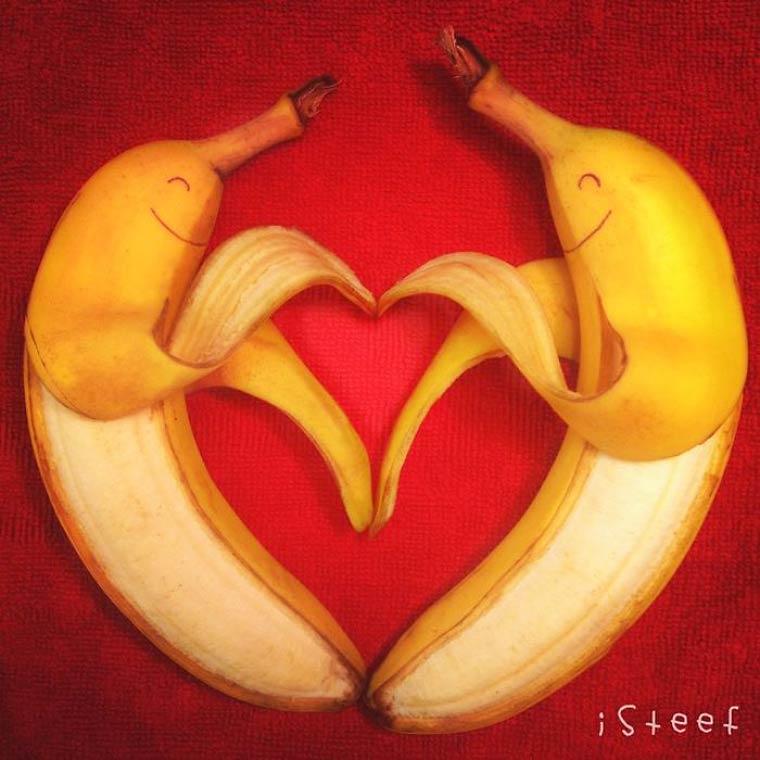 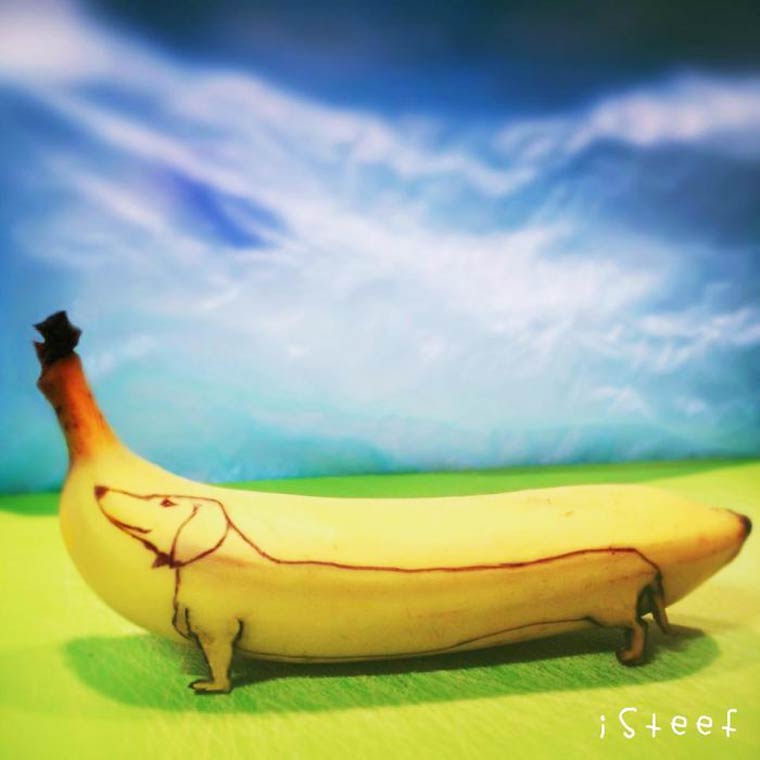 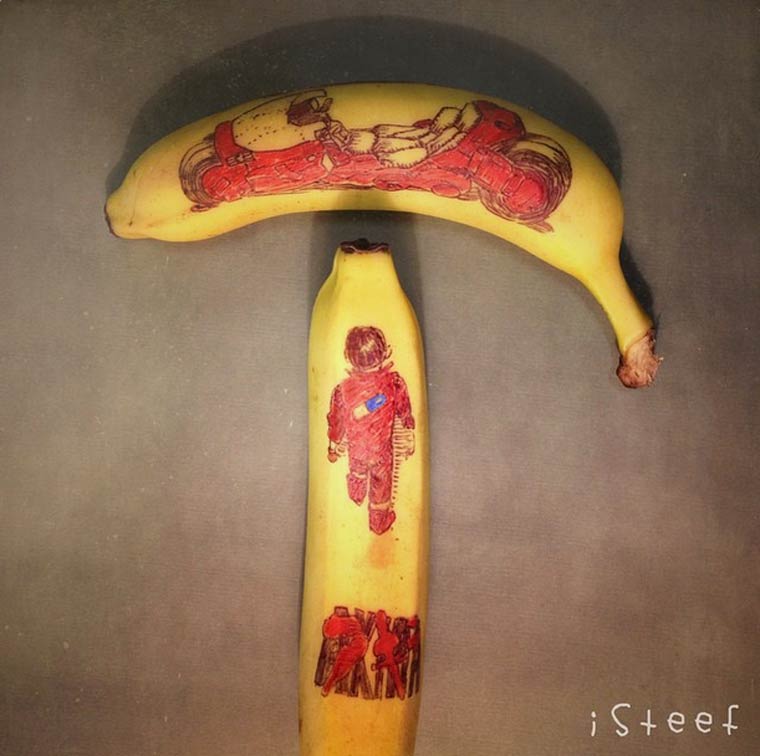 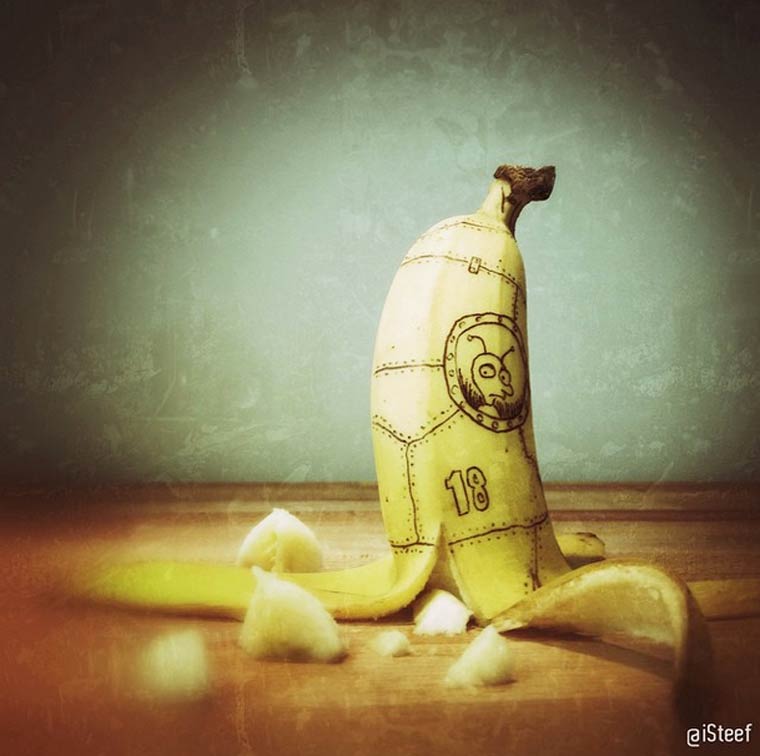 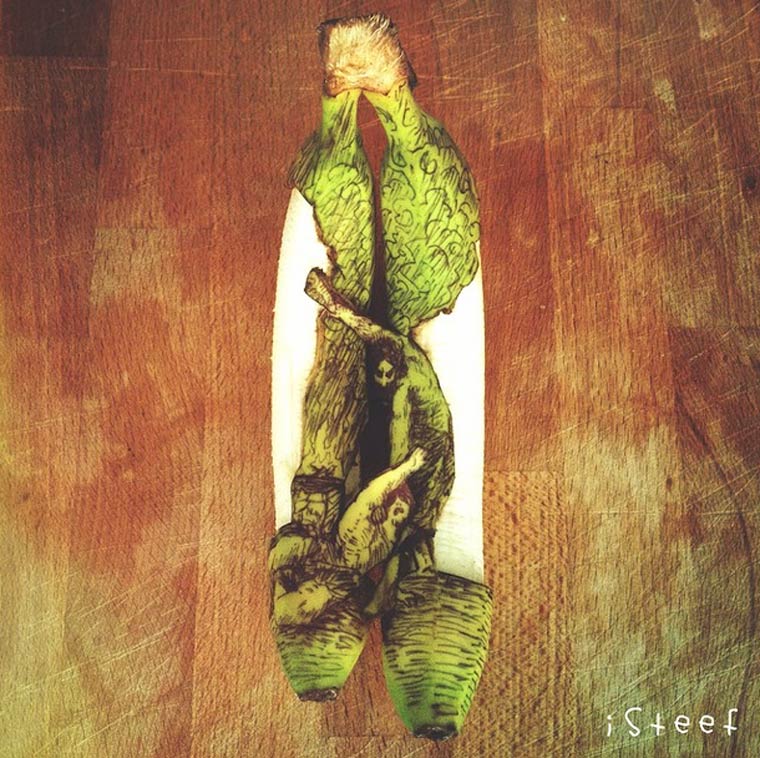