Craig Boudreaux: ‘All that was left were crushed dreams and moldy memories.’ It is with these chilling words that photographer Craig Boudreaux tells of the moment when he returned to New Orleans, a year after the devastating passage of Hurricane Katrina. Born and raised in the region, Craig Boudreaux has captured a series of moving and very haunting images – the homes of his grandmother, his family and his friends, immortalising the messages that people have left, drawn with spray paint directly on the walls of the ruined and abandoned houses. It took over ten years for Craig Boudreaux to find the courage required to thoroughly sort, edit and publish these unique images. Hurricane Katrina was the fifth hurricane of the 2005 Atlantic hurricane season and was the costliest natural disaster, as well as one of the five deadliest hurricanes, in the history of the United States. The storm is currently ranked as the third most intense United States landfalling tropical cyclone, behind only the 1935 Labor Day hurricane and Hurricane Camille in 1969. Overall, at least 1,833 people died in the hurricane and subsequent floods, making it the deadliest United States hurricane since the 1928 Okeechobee hurricane. Total property damage was estimated at $108 billion (2005 USD). Reflecting on his photographs, Craig Boudreaux writes ‘These are photographs taken in the months after Hurricane Katrina ravaged the New Orleans area. It’s taken me ten years to complete these edits. These are primarily from Arabi and the Gentilly area of New Orleans. Some are very personal to me – my Grandmother’s home, homes of friends, and the house in which I grew up. Most of these structures were completely submerged. When these were taken, the flood waters were long gone. All that was left were crushed dreams and moldy memories … and painted messages to anyone who cared.’ There are many amazing images in this series so to view them all (which we strongly recommend), please visit Craig Boudreaux’s website. 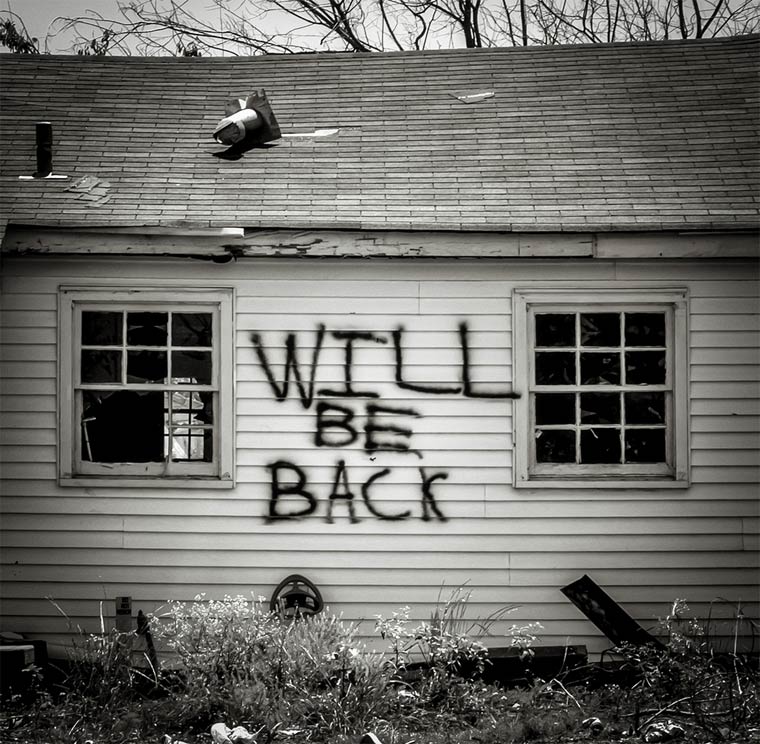 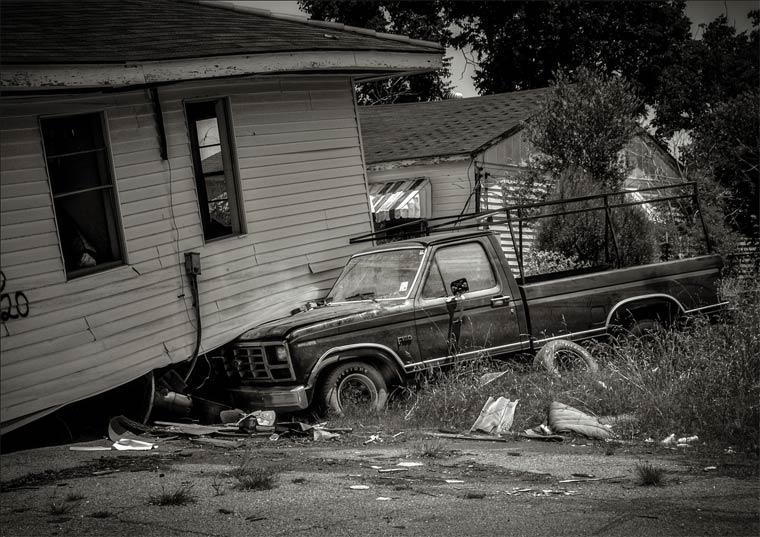 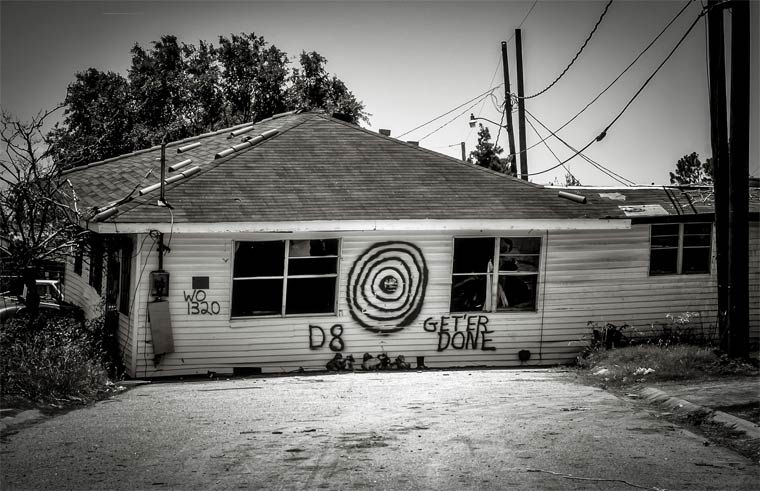 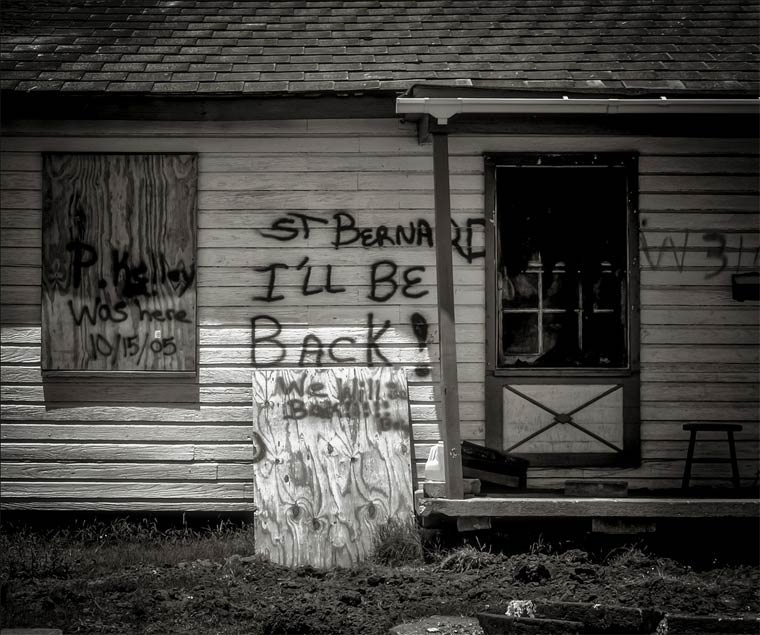 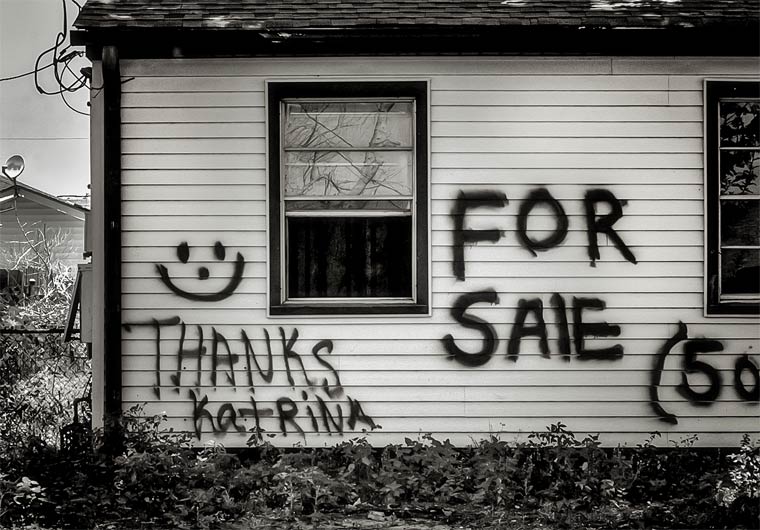 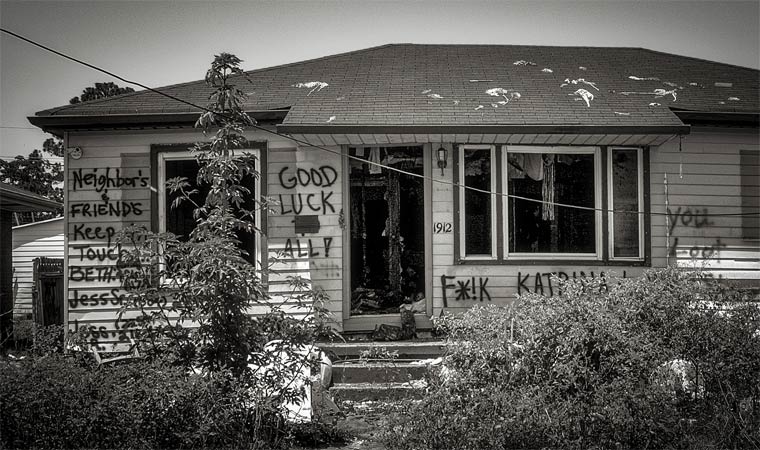 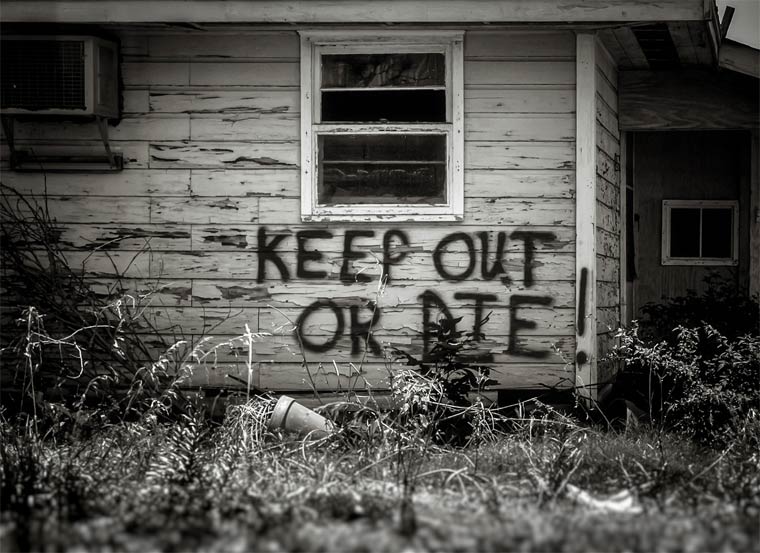 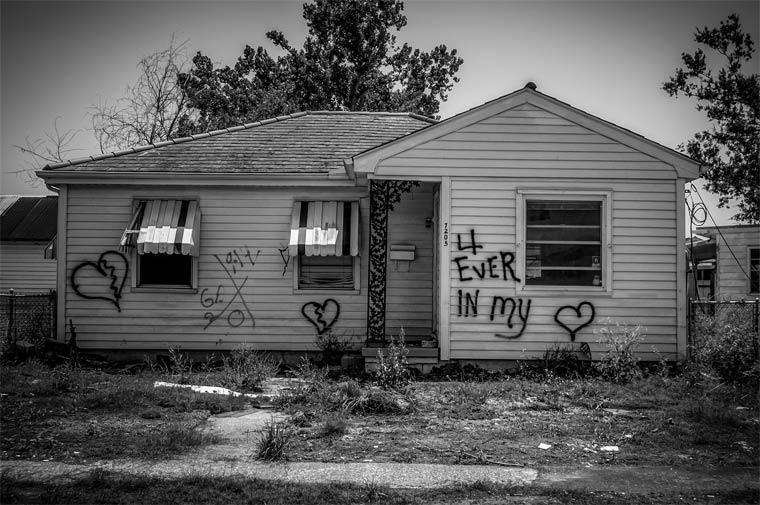 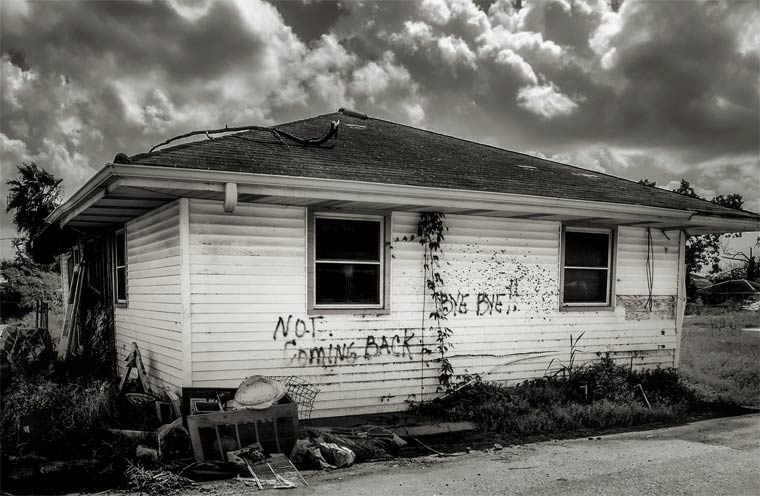 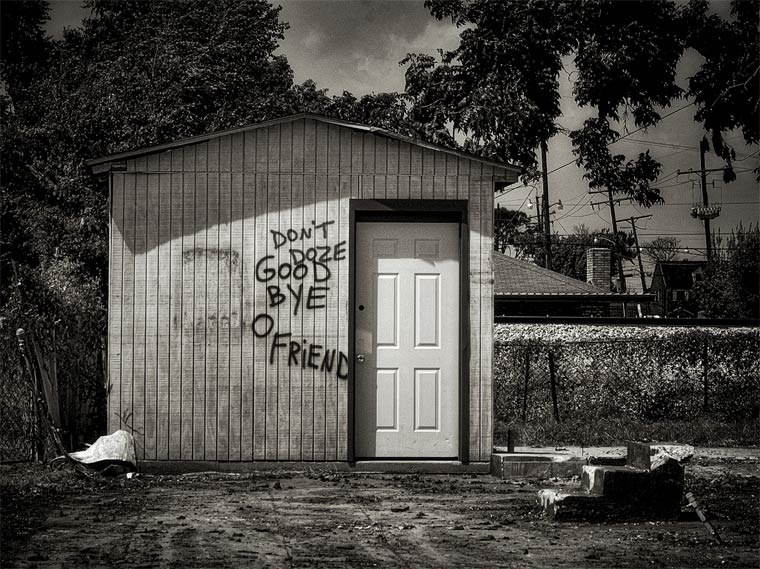 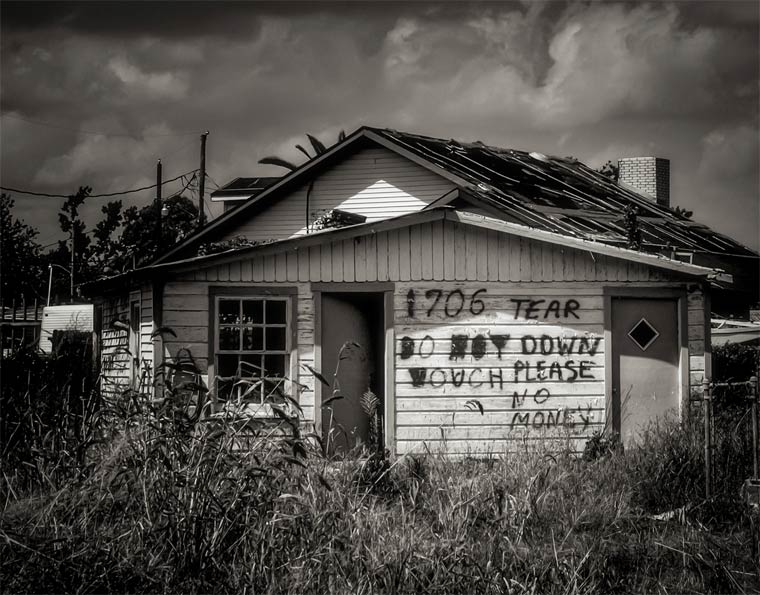 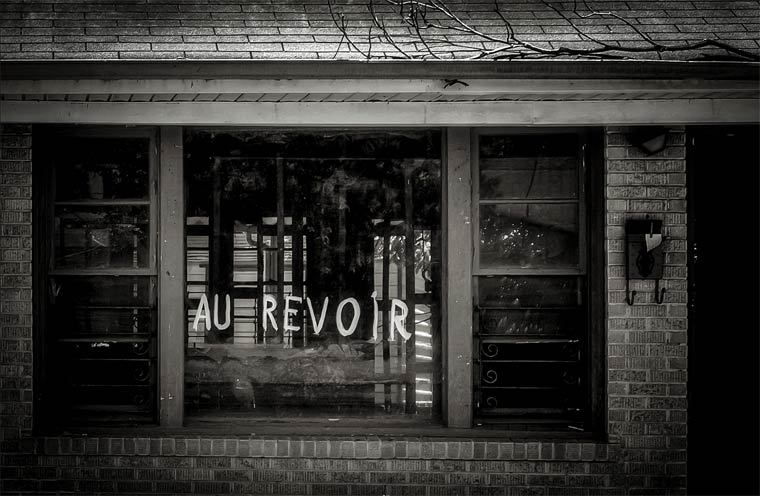 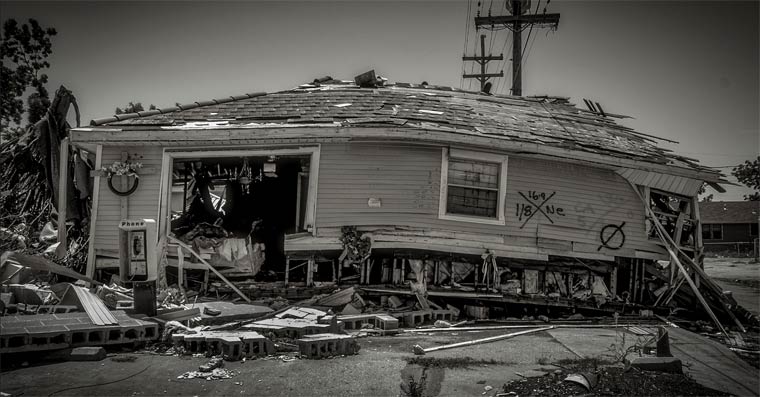 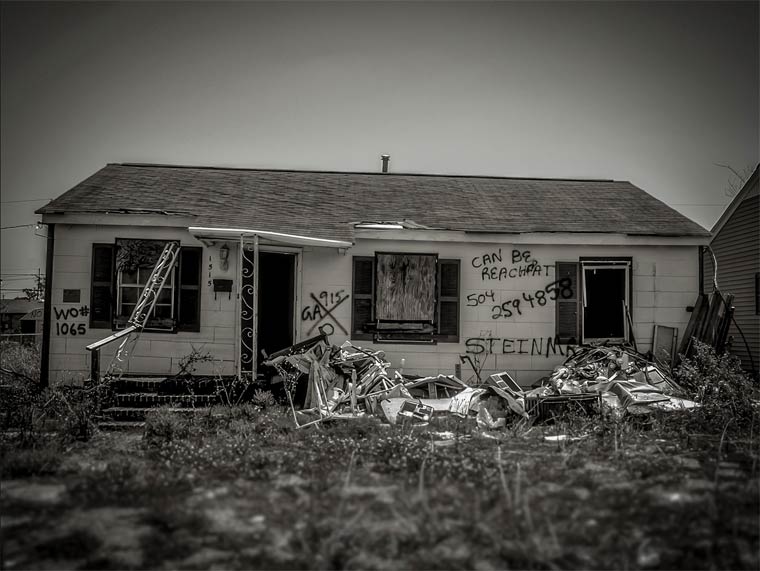 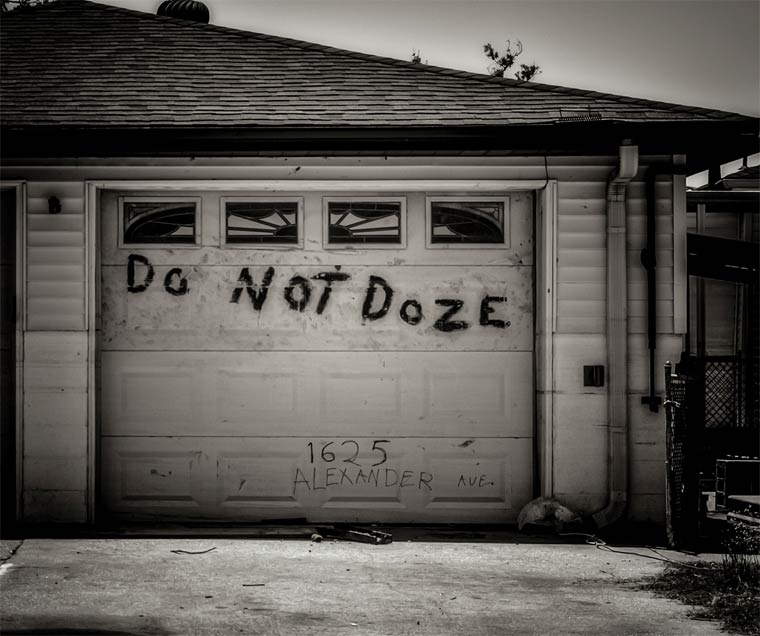 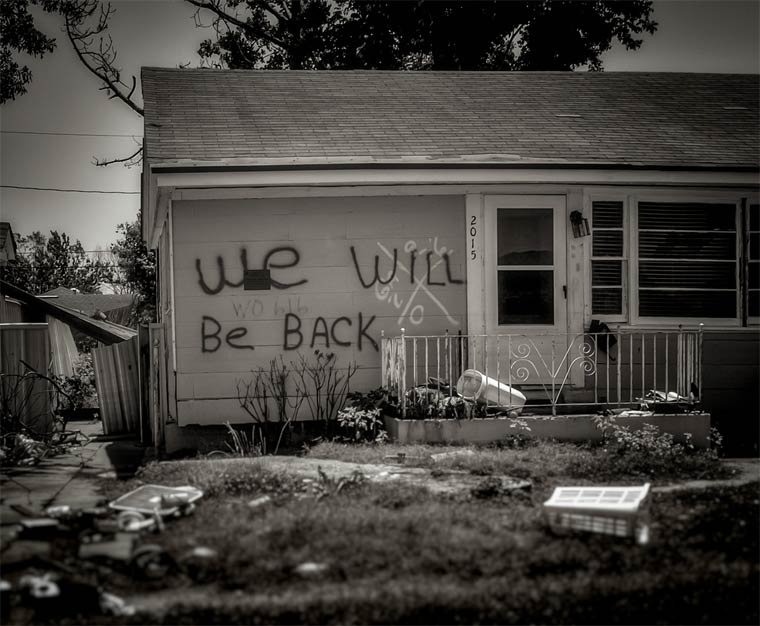